DTU Fotonik and the Department of Microtechnology and Nanoscience, Photonics
Laboratory at Chalmers University of Technology, Gothenburg, Sweden, held a joint workshop. The
purpose of the workshop was to discuss recent results within the general topics of fiber optics and
optical communication at DTU Fotonik and Chalmers. The workshop was attended by
approximately 50 participants divided equally between the two participating universities.

The program included recent results on micro resonators, four wave mixing in optical fibers,
research within higher order modes in optical fibers, fiber-lasers and VCSELs. In general the
workshop offered plenty of time for discussions and time for networking, and the workshop
provided insight and inspiration for the participants. The workshop was in part sponsored by DOPS
but also NKT Photonics and the foundation for Danish Swedish collaboration provided funding.

Similar workshops have been held before. However, until now, not at a regular basis. Fortunately,
Anders Larsson, Chalmars, has obtained a large grant from the Swedish Research Council, which
enables similar workshops to be held in the future. The grant from the Swedish Research Council is
a result of a joint FORCE-SPOC application for funding within a program aiming at establishing new
and strong research environments. Within the project, known as iTRAN (Integrated WDM
Transmitters for Ultra-High Datacenter Connectivity), FORCE and SPOC will work together to
develop such transmitters based on a silicon photonics platform. The applicants were Anders
Larsson (PI), Victor Torres-Company, Peter Andrekson, and Magnus Karlsson at FORCE and Leif
Oxenlöwe at SPOC. 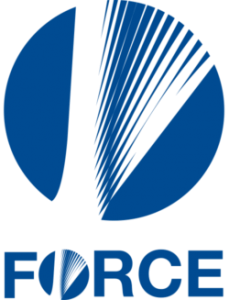